Originally a fishing village, quaint Ballantrae is located south of Girvan on the coastal trail. With beautiful views towards Ailsa Craig, Arran and Kintyre, its beaches are a Site of Special Scientific Interest, and home to a range of coastal plant life and a colony of breeding birds.

It’s a place for stories, with tales of daring Covenanters, a tragic heiress who died in her attempt to be the first woman aviator to cross the Atlantic, and it was the romantic and evocative location for Robert Louis Stevenson’s famous novel, ‘The Master of Ballantrae’.

Then, of course, there’s the gruesome legend of the notorious cannibal, Alexander ‘Sawney’ Bean, who along with his tribe murdered and ate many an unsuspecting traveller. Are you brave enough to explore his secluded caves at Bennane Head and Balcreuchan Port?

The dining at Glenapp is an exceptional experience, whether it be fine dining in our award-winning restaurant or in our Moncur & McKenzie Victorian Glasshouse restaurant situated in the heart of the walled garden. Our Executive Chef and his team wil...
VIEW DETAILS
Load More 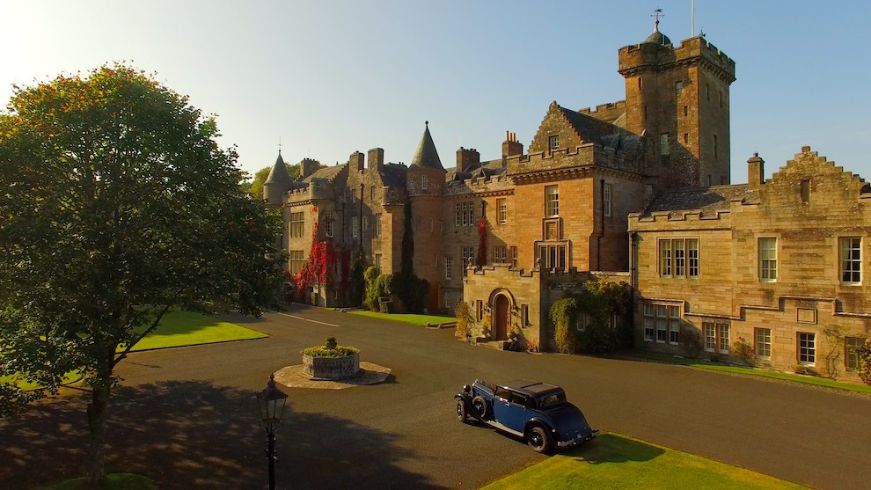 Glenapp Castle is a 21-bedroom, Relais & Chateaux hotel on the Ayrshire coast and set in the heart of 110 acres of private estate and local woodland. We’ve often been described as a miniature ‘downtown abbey’ with our style of service, nothing will ...
VIEW DETAILS
Load More

Ballantrae is beautiful place to visit, with a charming mixture of tranquillity and ruggedness. To the north is the harbour, once home to a thriving fishing community, where families occupied all the cottages along the foreshore. As with most small fish...
VIEW DETAILS
Load More

Free Listing of Your Tourism Business

Free Listing of Your Event

Manage Cookie Consent
To give you the best experience on our website we use cookies. Not accepting or withdrawing consent, may affect certain features and functions.
Manage options Manage services Manage vendors Read more about these purposes
Preferences
{title} {title} {title}